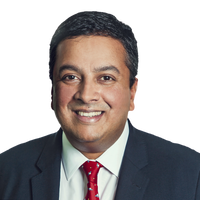 On July 8, 2016, just two weeks after the UK's vote to leave the EU, the UK government announced it was launching preliminary bilateral trade talks with India, as Secretary of State for Business, Innovation and Skills Sajid Javid headed out to Delhi for meetings with his Indian counterpart, Nirmala Sitharaman. Given the close cultural, economic and political ties between the UK and India, there is considerable optimism that a bilateral free trade agreement can be agreed relatively quickly.

There is already substantial trade between the two countries, with bilateral trade in goods and services worth £16.55bn in 2015 (the UK runs a growing trade deficit with India). The UK is the largest G20 investor in India, while India invests more in the UK than in the rest of the European Union, and is the third largest source of foreign direct investment (FDI) for the UK.

Services trade high on the agenda

Against this encouraging background, a trade deal between UK and India presents considerable opportunities for both sides. Around a quarter of India's textiles and garments exports to the EU go to the UK, for example, as do a significant proportion of engineering and electrical goods, and jewellery, precious metal and stones.

Liberalisation of the services market will be an important point of discussion. For example, over half of India's software services exports to the EU go to the UK. India would certainly benefit from any reform of regulations governing temporary movement of workers that allowed Indian professionals greater access to the UK. Measures that favoured outsourcing activities would also be welcomed by India.

Similarly, the UK has much to gain from free trade access to India’s 1.25 billion citizens and an economy forecast to grow at 8 per cent this year 2016. Leveraging financial services expertise is one obvious opportunity. Other potential areas of investment for UK business, identified by UK Trade and Investment, include infrastructure (India's substantial infrastructure building programme includes 98 smart cities, its road network, airports, ports, and manufacturing zones); energy (the UK is already the largest overseas investor in India’s energy sector); education (there are plans for 40 million new university places and 11,000 new secondary schools); and healthcare.

Despite hopes for a swiftly negotiated trade settlement it is worth noting that EU-India trade talks, which began in 2007, stalled in 2015. Sticking points include the sale of generic drugs, tariffs on automobile parts and wine, non-tariff barriers, such as labelling requirements. The liberalisation of the services market, providing access for temporary workers, and intellectual property protection, have also proved contentious.

Although preliminary talks between the UK and India are underway, for the time being the trading outlook is uncertain. For Indian firms that want to enter the UK market or are already there, a weaker pound may provide buying opportunities in the short-term but erode profits in the long-term. The current UK government is generally accepted as being a pro-free trade influence on Brussels, and in the UK's absence the EU may adopt a more protectionist and tighter regulatory approach to trade. This could affect both the EU-India and UK-India trade discussions, while long-term trading relationships between the UK and India will inevitably be affected by the outcome of any UK-EU trade deals.

But all this is in the future. For the moment, at least, there is hope that the goodwill that exists between the UK and India translates into a mutually beneficial free trade deal and a prosperous trading relationship.