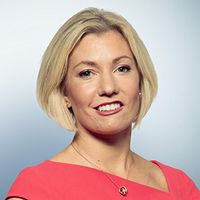 The prospects for the UK’s research-intensive industries post-Brexit have been the subject of much debate. In a recent FT piece, John Kingman, chairman of UK Research and Innovation and a former second permanent secretary at the Treasury, describes the UK as ‘the leading scientific nation in the world after the US’ and says a focus on science and innovation represent ‘the best industrial strategy available’.

There is certainly a lot at stake as the UK prepares for exit negotiations. UK pharma companies could lose EU funding for R&D initiatives as a result of the vote to leave, and there are fears that scientists could shun UK universities if they can’t use them to access international research programmes.

The ultimate effect of Brexit on the pharmaceutical industry will depend on the UK’s future relationship with the European Union.

If the UK government manages to negotiate a deal similar to that of Norway and remains within the European Economic Area (EEA), much of the current regulatory regime will continue to apply. It would be unlikely that pharma companies would have to change the way they seek marketing authorisations, run clinical trials or report adverse reactions to their products.

But if a Norway-style option is not available, things become less clear. Switzerland is not part of the EEA yet has a thriving life sciences industry – the biggest in Europe by market capitalisation. Its authorisation regime mirrors that of the EU, but it has multiple bilateral trade treaties with member states that the UK may not be able to replicate.  It also incorporates the vast majority of EU regulation into its own national laws.

If the UK does end up with a deal similar to that of Switzerland, things may become more complex for all pharma companies accessing Europe. In order to market their products in the UK and EU, drug-makers may have to comply with two (if not more) regulatory regimes.

As the government starts to define an economic future for the UK outside the EU, world-class science and innovation can be integral parts of that vision.