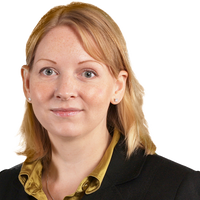 The current negotiations on financial services regulation between the UK and the EU is the talk of the town on both sides of the Channel. A ‘memorandum of understanding’ (MoU) due to be agreed by the end of March has been met with some excitement. However, it seems it may be worth tempering expectations of what this may achieve in terms of widening EU access for UK firms, certainly as far as any immediate equivalence determinations go.

As of 1 January 2021, UK financial services firms are no longer able to provide their services on a cross-border basis in reliance on EU passporting mechanisms. In anticipation of this, most larger firms reorganised their operations in a manner enabling them to continue to service both their EU and UK clients relatively seamlessly. Nevertheless, significant efficiencies for clients and market participants may be gained by allowing a more open provision of services and trading to take place on the basis of equivalence.

The MoU may be a stepping stone in the direction of equivalence, but no concrete proposals as to specific equivalence determinations will result from it.

So what will the MoU actually achieve?
Further to a Joint Declaration on Financial Services Regulatory Cooperation  between the EU and the UK, the parties agreed ‘to establish structured regulatory cooperation on financial services, with the aim of establishing a durable and stable relationship between autonomous jurisdictions’. The intention is to preserve financial stability, market integrity and the protection of investors and consumers.

The arrangements will include bilateral exchanges of views and analysis on regulatory initiatives; transparency and dialogue in the process of adoption, suspension and withdrawal of equivalence decisions; and enhanced cooperation and coordination. The MoU should establish a framework for cooperation and allow the parties to discuss how to move forward with equivalence, but any actual equivalence determinations (and withdrawals) will only result from separate unilateral and autonomous decision-making processes on each side.

Little is, therefore, expected in the way of tangible outcomes for investment firms and market participants, and any arrangements provided by the MoU would likely be informal in nature and not carry any strict legal obligations.

In addition, it is worth noting that whilst some commentators in mainstream media appear to think of equivalence as a complete solution to allowing the UK access to EU markets and investors, and vice versa, on an ongoing basis, this is of course not entirely correct. The EU’s equivalence regime is a patchwork covering a number of different regulatory requirements, but it does not cover all areas. Nevertheless, it would certainly be helpful in some.

What is holding up the equivalence determinations?
On the basis that the UK has largely ‘onshored’ EU financial services regulation, it would be appropriate to say that no other jurisdiction in the world has a more equivalent regime to that of the EU than the UK currently does.

EU legislation speaks of the need for a ‘comparable level of protection to clients in the Union receiving services by third-country firms’ and the requirement to ‘monitor any significant changes to the regulatory and supervisory framework of the third country and review the equivalence decisions where appropriate’.

In line with this, the EU has deemed comparability sufficient in relation to jurisdictions including Australia, Brazil, Canada, Singapore and the US. However, EU concerns relating to the UK seem to go well beyond questions of technical equivalence or comparability, with political motivations playing a significant part.

The EU has asked for information on the UK’s intentions for future financial services regulation and has argued it must better understand how the UK intends to make changes going forward before they will make decisions on equivalence. This is causing concern in UK quarters – surely the EU would not expect the UK’s rules to remain the same indefinitely?

The Governor of the Bank of England, Andrew Bailey, has noted that ‘this is a standard that the EU holds no other country to and would, I suspect, not agree to be held to itself’ . He accepts that one interpretation of the EU’s position is indeed that the rules should not change in the future, and that any change would be unwelcome. However, Bailey was quick to dismiss this argument as unrealistic, dangerous and inconsistent with practice, as clearly regulation must change to accommodate changes in the world around us. Bailey also noted a second argument that UK rules should not change independently of those in the EU, but ‘that is rule-taking pure and simple’ which he would not consider acceptable in a UK context and, indeed, has not been the test up to now to assess equivalence.

In January, Bailey told a Treasury committee that a sensible reason for the request may be that ‘…both of us will change our rules when it is sensible to do so. We are both transparent about it, but obviously we would be transparent at the time. We are transparent to everybody; that is nothing unique. That seems a sensible basis to me, and that is the basis for judging equivalence.’

However sensible that approach might be, it seems the EU is leaning more towards a ‘rule taking’ regime at this stage of the negotiations. The key question is whether the parties can eventually arrive together at a place where they are comfortable that they will have sufficient notice and understanding of any upcoming rule changes to be able to reassess equivalence whenever necessary in future, together with reassurance as to the parties’ intention to stay in line with global developments.

The latter has already been dealt with, as the parties agreed to ‘make their best endeavours to ensure that internationally agreed standards in the financial services sector for regulation and supervision, for the fight against money laundering and terrorist financing and for the fight against tax evasion and avoidance, are implemented and applied in their territory’ as part of the EU-UK Trade and Cooperation Agreement.

An approach combining this ‘best endeavours’ standard with enhanced transparency and cooperation under the MoU would go beyond what the EU already finds appropriate when dealing with equivalence determinations in other jurisdictions. No one is expecting the EU to do the UK any favours, but political motivations, protectionist policies and geographical proximity would seem to make decisions related to the EU’s closest financial market and powerful competitor particularly difficult at this stage.

Please see our briefing where we set out further the impacts of the lack of equivalence, including in the context of share and derivatives trading and clearing, as well as some overall equivalence considerations.

Beyond Brexit: A view from the House of Lords
Elisabeth Overland
Recent posts from Freshfields Brexit