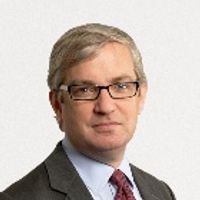 The recent report and recommendations of the Financial Stability Board (FSB) regarding money market funds (MMFs) are the latest attempt to address the regulation of shadow banking on an international basis.

At the start of the coronavirus crisis, back in March 2020, acute liquidity issues developed in short-term funding markets. The banking system was largely resilient in the face of these stresses, having been strengthened by post global financial crisis (GFC) reforms. But concerns about continuing structural vulnerabilities in MMFs were shown to be well-founded. In both 2008 and 2020, large runs on MMFs invested in non-public debt did not abate until there was substantial central bank and government intervention.

MMFs function like specialist banks. Their labilities are quasi-deposits - redeemable on demand at par (or within a whisker of it), and yielding a return comparable to money market rates. Technically there is no promise to repay at par – shares in an MMF are not debt obligations, and many funds are valued at market or fair value – but for many purposes they are treated as if they were cash deposits, by both the MMF itself and by investors. On the asset side, an MMF holds short-term high-quality debt securities, or repos backed by such securities. Although short-term, these assets have a longer maturity than the liabilities. MMFs are therefore performing a characteristic activity of banks – maturity transformation. And along with that goes a characteristic risk of banking – the possibility of a “run”, an acute liquidity crisis when a tide of redemptions overwhelms a bank’s capacity to find cash to meet them. The risk is exacerbated in the case of MMFs by the fact that, unlike banks, they have no direct access to central bank liquidity.

MMFs are one of the more important types of non-bank entity providing credit intermediation, also known as “shadow banking”. They are significant players in the short-term funding markets, particularly in the US, Europe and China. While they operate similarly to banks, the way they are regulated is very different. Once the regulation of banks themselves had been strengthened by the post-GFC reforms, there was always a possibility that MMFs (already implicated in the GFC) might be the weakest link in the chain and a key risk to the stability of the financial system as a whole.

This was recognised at the time. Regulatory reform of MMFs was undertaken in the US and the EU in 2010, and followed elsewhere. And in 2012, an international set of recommendations for regulation of MMFs was produced by the International Organization of Securities Commissions (IOSCO) as part of a wider Financial Stability Board (FSB) plan to tackle the risks of shadow banking. But the problems experienced in March 2020 have shown that these efforts did not fully achieve their purposes.

A number of interesting aspects of the new FSB policy approach are worth highlighting.

MMFs are not homogeneous, and their structure, functions and risk characteristics vary across jurisdictions. The FSB recommendations are therefore structured as a toolbox from which national regulators can select tools appropriate to their own situations. The toolbox comes with a set of instructions – regulators are given guidance on prioritising issues, how to combine different policy tools and the need for the overall package to be coherent. The whole approach is very different from banking, where international standards set by the FSB and Basel Committee on Banking Supervision are intended to have a much more straightforward and universal application.

Regulating for behaviour and unintended consequences

One of the ways post-GFC reforms tried to limit the risk of runs was by giving MMFs the ability (or sometimes requiring them) to impose redemption fees or restrictions (“gates”) if certain liquidity thresholds were breached. As it turned out, this probably did not help. The evidence suggests that investors reacted to the risk of these thresholds being breached, and this risk itself triggered the runs they were designed to prevent.

The FSB’s new approach is very clear that the likely market impact of regulatory changes needs to be taken into account in policy-making. Each of its policy options is accompanied by an outline of possible market impacts, including impacts on the attractiveness of MMFs as an investment and consequent knock-on effects on other parts of the short-term money markets, and on behaviours of MMF investors in a crisis situation. There is also a new emphasis on stress-testing, both at individual fund level and at the level of the MMF sector as a whole, to see how they are likely to stand up to real-life situations.

The justification for international standards in this area is the same as for international banking standards – the risk of regulatory arbitrage and a race to the bottom for the sake of competitive advantage, coupled with the fact that regulatory failures are likely to have international repercussions. MMFs established in one jurisdiction can be deeply entangled in the financial markets of another. For example, the FSB points out that more than half of EU-based MMFs are denominated in USD or GBP, and foreign-bank obligations represent nearly half of the holdings of US prime MMFs.

In this context, an attempt to set international standards for MMF regulation is seen as worthwhile, despite the obvious limitations of a toolbox approach. Recommendations that take the form of a set of policy options are going to result in very different regulatory regimes in different countries. And in any event, as with all FSB recommendations, countries are not legally bound to implement them, although peer reviews and the resultant transparency in how countries are implementing these standards may exert a degree of political pressure. But, as discussed above, the toolbox approach is seen as the best way to address diversity, and the mere existence of internationally-endorsed standards creates a sense that individual countries are being held accountable to the international community for their regulation of this sector.

MMFs are just one manifestation of shadow banking, which in its various forms continues to be an area of concern to those tasked with maintaining financial stability. Experience has shown its potential to cause or amplify instability in the wider financial system, and central banks and regulators have much less visibility over these activities than they have over banks.

But judging which of these activities needs to be regulated, and how to regulate those that do, has proved to be difficult. The similarities to banking are never exact, and there is always a risk of unnecessarily constraining the capacity and flexibility of the markets, stifling innovation or causing unintended consequences. The FSB has reported that the shadow banking sector has grown faster than banks over the last decade: these issues are likely to be with us for some time to come.